Sometimes lameness is very obvious, however quadrupeds such as horses and dogs have the ability to compensate quite well, making lameness hard to spot at times. It is good to be able to recognise any lameness no matter how subtle, so that you can do something about it before it gets worse.

The most obvious indicator of lameness is head carriage, as four legged animals use their head and necks during locomotion. They also happen to carry 60% of their body weight on their front legs. Fore-leg lameness is characterised by a ‘head bob’. The animal will try to take as much weight as possible off the injured leg by raising their head and neck as high as possible. You can tell which is the lame leg as it will be accompanied by the high neck raise or ‘head bob’ as it is placed on the ground during locomotion.

With acute hind-limb lameness the animal will lower the head more than usual to take weight off a lame hind leg, a reversal of what happens with fore-leg lameness. Another more obvious sign of lameness behind is a ‘hip hike’ on the lame side as the hind foot bears weight, to take as much pressure as possible off this limb.

Certain postures can also indicate lameness. When standing square the animal may not be fully weight bearing on one leg, and leaning more heavily on another leg, or their back may be roached although this could also be an indicator of abdominal pain. Sometimes there will be lameness in front and behind or in adjacent limbs, this can be harder to identify.

There are other indicators of lameness, however the ones discussed here are some of the easiest to recognise. You can learn how to recognise lameness in this video link of dairy cows, the symptoms are the same as in horses and dogs.

Massage can help reduce lameness in situations of certain soft tissue injuries, and it can also be used to alleviate muscular and fascial pain associated with orthopaedic conditions such as arthritis. Please have a vet diagnose an injury if you think your animal is lame before engaging in rehabilitation. 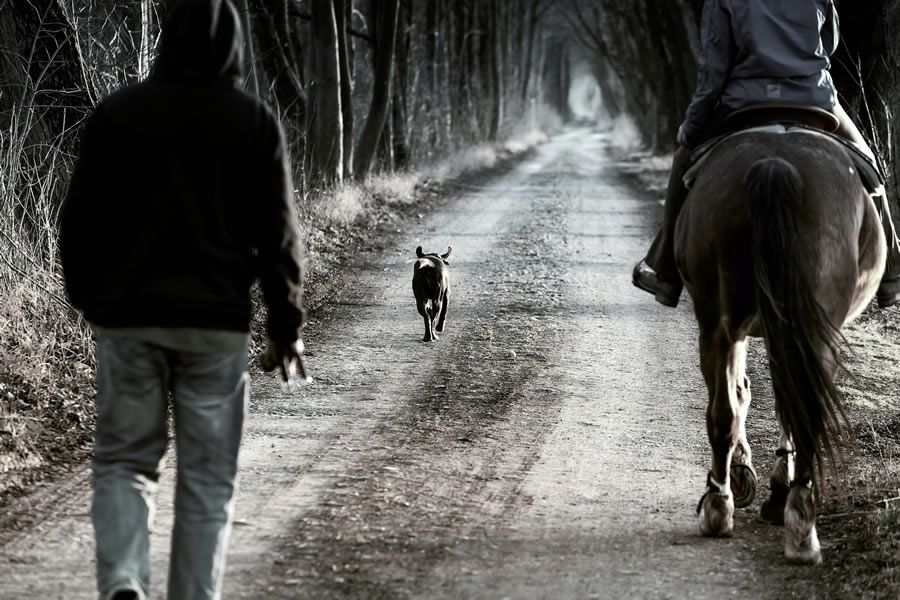